Shahadat Anniversary of the Lady of Heavens and Earth Sayyida Fatima-al-Zahra [S. A.]

Shahadat Anniversary of the Lady of Heavens and Earth Sayyida Fatima-al-Zahra [S. A.]

In The Name Of Allah, The Most Compassionate, The Merciful

O Allah! Send your blessings to the head of your Messengers and the Last of your Prophets Muhammad (saw),and his pure and cleansed progeny.

Shaheed Foundation Pakistan extends our heartfelt condolences to Imam-e-Asr[atfs] and the entire Household of Risalat [SAWW],on the occassion of the heart-rending martyrdom anniversary of the beloved daughter of Rasool-e-Khuda[SAWW].

On this gloomiest day of the shahadat of Bibi Fatima (sa),let's pray for early re-appearance of last Imam and may Allah hasten His divine revenge through Hazrat-e-Baqiyatullah [atfs] from everyone who caused sadness to Bibi Fatima (sa) and rebuild Janatul-Baqi, ameen.

Designation: One of Fourteen Infa.

**Note: 13th Jamadi-al-Awwal According to some historical counts it is the martyrdom anniversary of Hazrat Fatima Zahra(s.a.) - the beloved and only daughter of our Prophet Mohammad(sawaw). The more widely accepted date of her death is the 3rd of Jamadi-us-Sani. 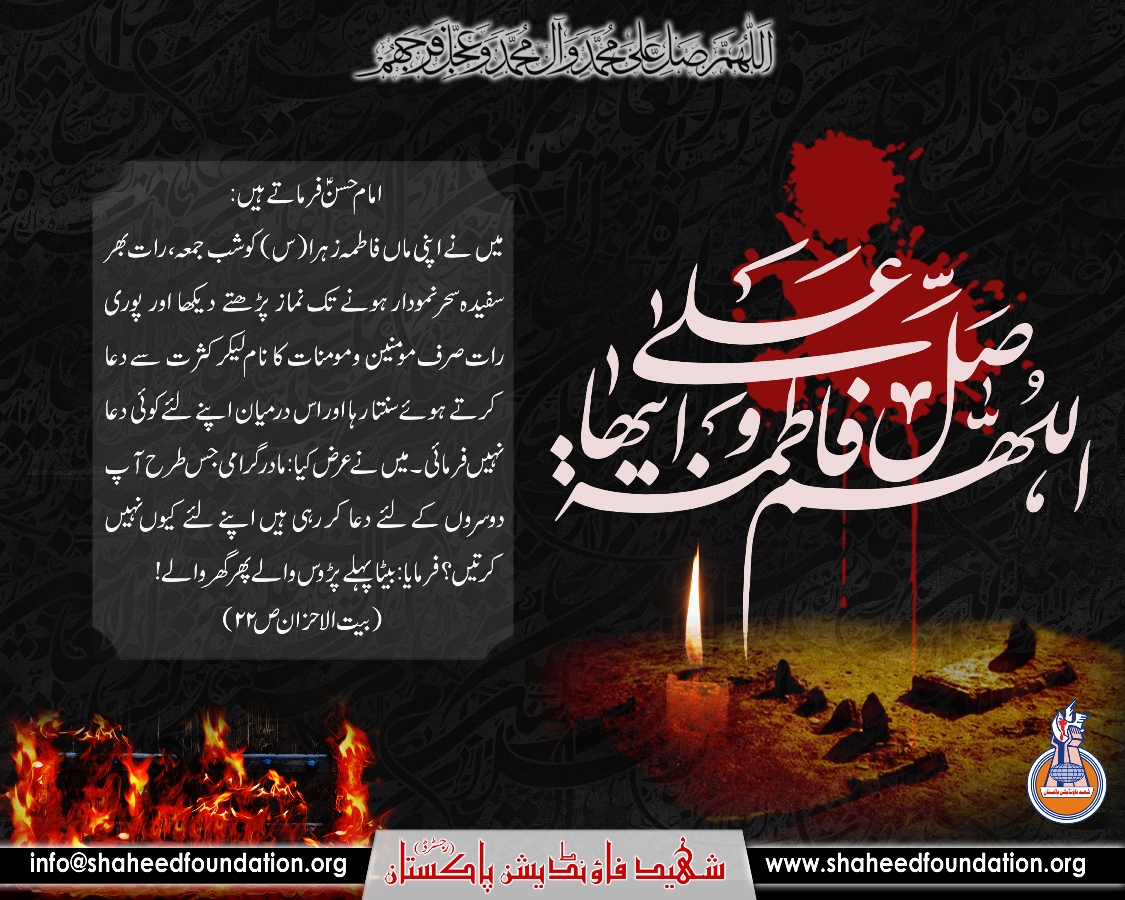