spite forceful curbs on majalis in several districts, pandemic situation and attacks on azadari at several places in the country.

The most horrific incident was reported from the south eastern Bahawalnagar district of Punjab ,where grenades were hurled on Ashura Jaloos as it was passing near a local masjid in muhajir colony around 10 am,resulting in the martyrdom of at least three mourners including a minor six year old girl. One of the alleged perpetrators of the crime is reported to have been arrested and further investigations are underway. Heart rending scenes were witnessed as injured people were being shifted to the local hospital by the public on self help basis. At least 2 Azadar Shaheed and 59 Azadaran sustained injuries in the attack and were shifted to Bahawalnagar Victoria Hospital.

Other incidents of attacks on azadari were also reported including pelting of stones on Juloos-e-Aza in Jhang area of Punjab on Ashura as well as a firing incident on a bus of mourners in manghopir area of Karachi that left some momineen injured on ashura . Earlier this week,in the beginning of ashra-e-azadari, untoward situation was witnessed by mourners in martin road area of Karachi as well.

Momineen are requested to exercise maximum restraint and thwart all evil designs to create discord and fear through prudence and through the power of tawassul with Imam Hussain AS and his Holy companions. Let the enemies of Shia Sunni unity know,that the attacks on azadari will only make azadars and azadari stronger and stronger and stronger.

We are a united nation of awakened conscience ,who exactly remembers super well from our own first hand experience of yester years ,that our Sunni muslim brethren and mourners of Imam Hussain AS in the Christian and Hindu fraternity have also sacrificed their lives in different blasts in past alongside us in our religious processions of azadari and have often been the first to reach on spot for help whenever such incident randomly happen anywhere in Pakistan.Our national unity in sha Allah will give a crushing response to the ambassadors of hate,extremism,intolerance,religious fanaticism and terrorism. Labbaik Ya HUSSAIN [AS] 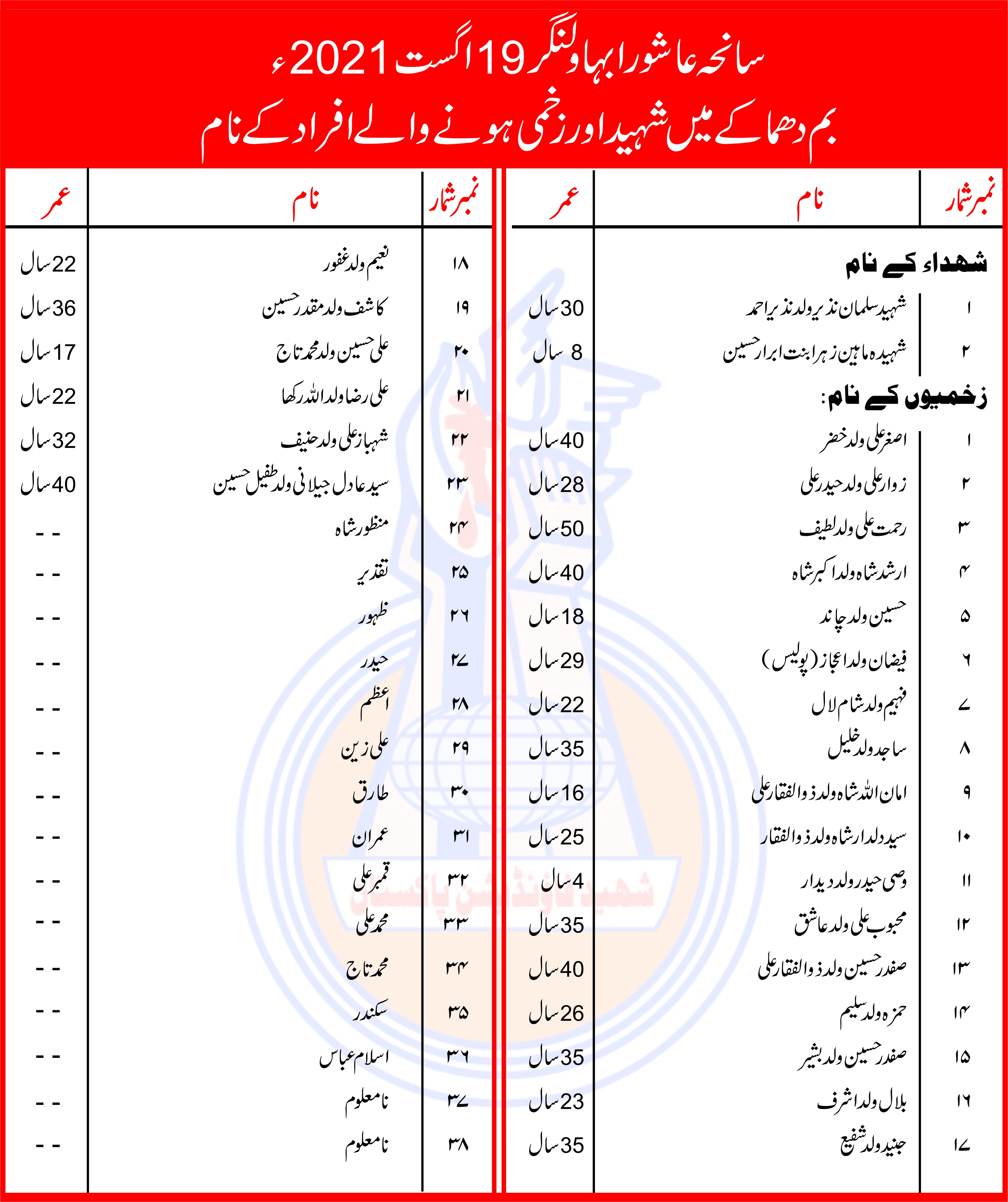