We should make greater efforts [towards emulating Fatima Zahra (as). Lessons to be learned from the life of Siddiqat al-Taherah, Fatima Zahra (as), involve making great efforts, showing diligence, and leading a pure life;--just as that great personality, the manifestation of enlightenment and purity, led her life: she was "pure, immaculate, virtuous, and pious," [Kamel al-Ziarat, page 310]. Traits of purity, piety and enlightenment of such an exceptional person are what have influenced our Islamic teachings throughout the history of Shia Islam.
That is to say, in her short life, Fatima Zahra (as) achieved the position as the primary woman of all females. In other words, she is superior to all great and saintly women throughout history. What factors, forces, and what kind of inner strength could lead one person to become such an ocean of wisdom, piety, sanctity and spiritual transcendence in such a short time? This is a miracle of Islam.
Another pivotal matter is in regards to the blessed descendants of this great person [Lady Fatima Zahra (as)]. The association of Sura al-Kauther with Fatima Zahra (as)--even if such an association had not existed in our collection of hadith--is an accurate association. There are so many blessings that have been bestowed upon the Holy Prophet's (pbuh) household and on each and every one of the Imams (as). The world is full of enjoyable individual, social, worldly and otherworldly melodies, which rose from the pure lungs of the Imams (as). Hussein ibn Ali (as), Zeinab al-Kubra (as), Imam Hassan al-Mojtaba (as), Imam Sadiq (as), Imam Sajjad (as), each and every one of the Imams (as) would produce these melodies. See what great excitement exists in the world of spirituality and on the path of guidance because of the words of these great personalities and their lessons and teachings. They are the children of Fatima Zahra (as).

The true follower of Hazrat Zahra (as) supports the poor
It is not acceptable that we only express love and admiration for Hazrat Zahra (as) while we do not follow her lifestyle and manners. She so favored the hungry that for the sake of them, she gave food of her own family-like her children(as) and her father (PBUH)- to the poor: not for one day, not for two days, but for three consecutive days.
We pretend to be followers of this magnanimous lady, however, we not only avoid to offer our food to the poor, but we might even take the food from the poor, if possible.
The hadiths narrated in the book Kafi and some other books, on signs of Shiites, refer to the same point. That is, the Shiites should act in this manner. We need to reflect their [the Al uhl-Bayt's] lifestyle and manners in our life--though slightly. We, and those of higher positions among us, can never reach their high status. Still, we should try to be similar to them. It is not acceptable that we move in the opposite direction compared to the lives of Al uhl-Bayt, and we pretend to be their admirers and followers. Is this possible? Imagine, during the life of Imam Khomeini (ra), a person inclined to the enemies of the Iranian nation-whom Imam reproached repeatedly. Could he say he followed Imam Khomeini?! If you heard such a person saying so, wouldnt you laugh at him?! The same is true for Ahl uhl-Bayt(as).

Let the marriage of Muslim girls be like the marriage of Lady Fatima (a.s.):
a marriage with a divine love bond and unique passion between the believing man and woman, with true empathy and compassion between the two yet, free from any superfluous and hollow luxuries.This is the appropriate marriage of the Muslim woman. Then raising children, managing affairs of home, and of course dealing with all aspects of the society, religion, knowledge, and social and political activism are to follow. This is Islam. 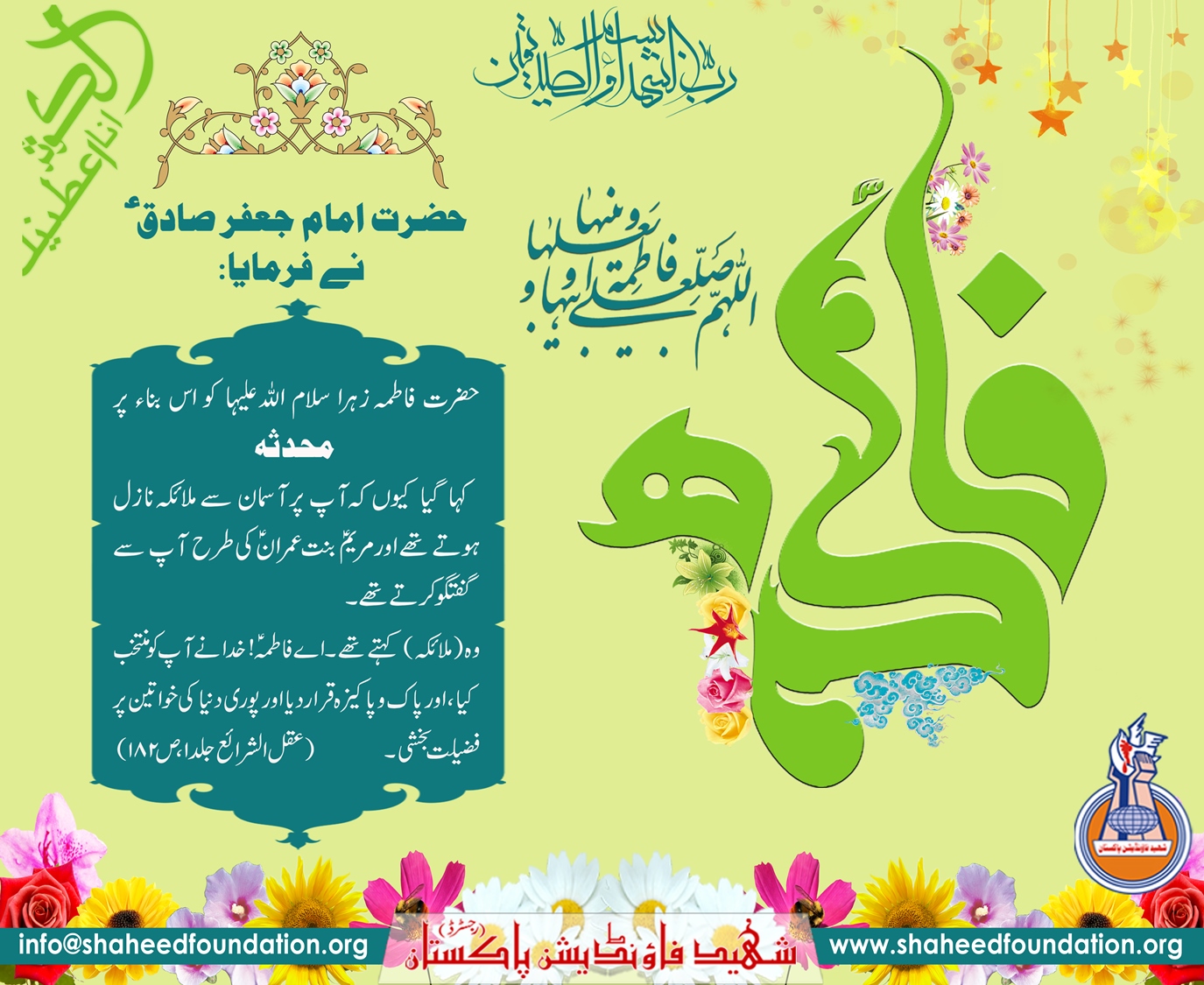