Imam Hussein and His Noble Family
Imam Hussein born on Thursday on the 3rd of Shaban, on the 4th year of Hijra (10.1.626 CE).

His mother Fatima daughter the messenger of Allah, so this great and noble family reflects the personality of Imam Hussein.


His agnomen and blessed childhood
Abu Abd Allah is the most famous agnomen of Imam Hussein, he also is called (Shaheed) meaning the Martyr.

He was brought up in the prophet`s house, the house which was the land of the revelation of the Holy Quran by Jibraiel (In houses, which Allah hath Permitted to be raised to Honor; for the celebration, In them, of His name: In them is He glorified In the mornings and In the evenings, (again and again)(1). This newborn blessed child has obtained the honor of being brought up in the house of the prophet and the Imamate, his grandfather the prophet Muhammad and his mother Az-zahraa Al-Batool. His father Al-Imam Ali Amir al-Muminin (the commander of faithful) (pbuh) and His brother Al-Imam Al-Hassan (pbuh), so he inherited the self-esteem and faithfulness and good manners from them.


The Imam in the Prophets narrations:
1- those two sons of mine are Imams whether they rule or not

2- Hassan and Hussein are the masters of the Paradises youths

3- Jabir Son of abd Allah al-Anssary narrated that the Prophet Muhammad (S.A.W) said (the paradise miss four members of my household, Allah loves them and ordered me to love them, and they are: Ali bin Abi Talib and Hassan and Hussein and Al-mahdi who Issa bin Mariam (pbuh) will pray after him (peace be upon them).

4- Al-Turmathy narrated the Prophet (S.A.W) took the hands of Hassan and Hussein and said "he who loves me and those two and their father will be with me in the day of judgment ".

5- Hussein is from me and I am from him, Allah loves who loves him, Hussein is one of my sons.

6- Abi saeed Al-khudary narrated the prophet said "I swear by Allah that the Mahdi who the Issa (pbuh) will pray after is from us, he touched Hussein on the shoulder and said from this one, from this one".

Karbala, in this way, started to grow and develop and boom, for in addition to this historical significance, it has a good and a fertile soil made it a good land for agriculture. 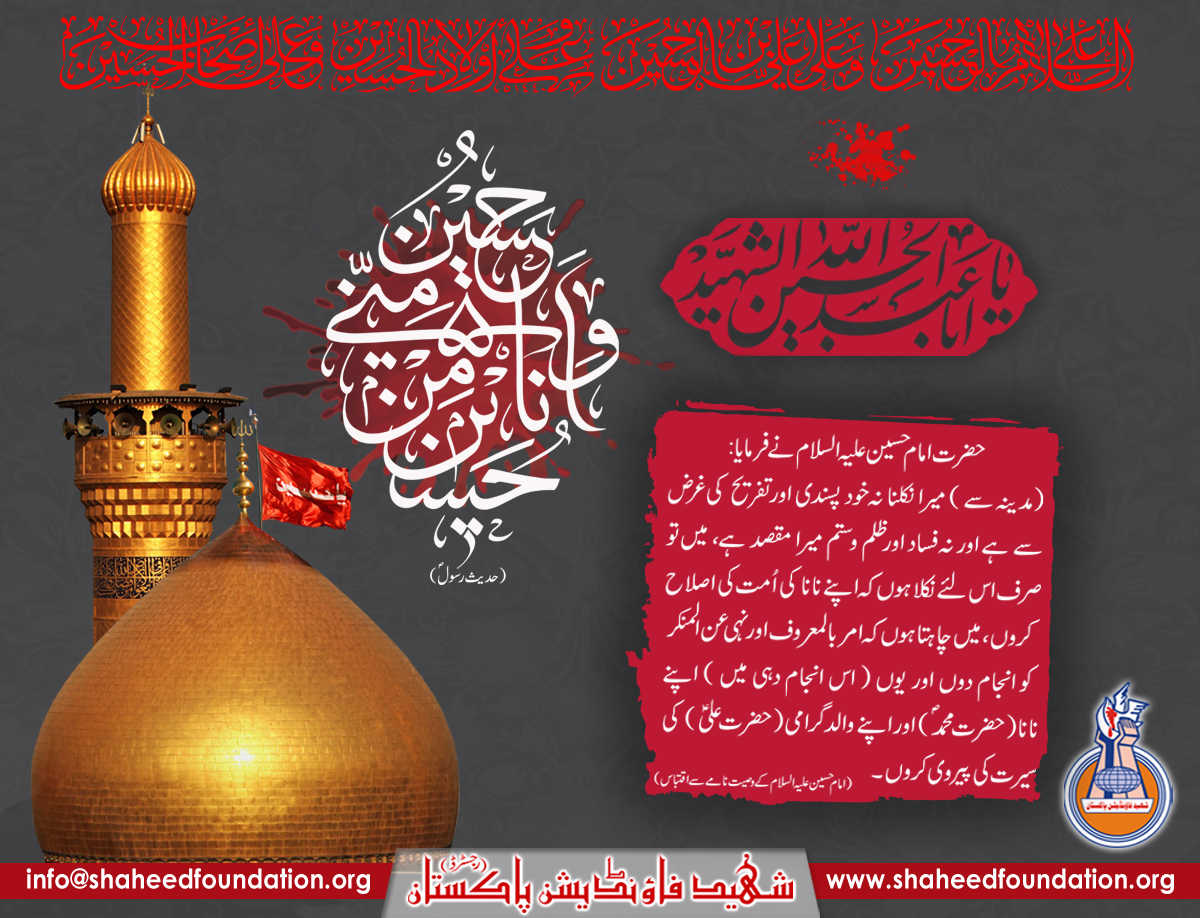