His title al-Askari derives from the Arabic word Asker which means military. He was given this title mainly because the city he lived in (Samarra) was a military camp.


Imam Hasan al-`Askari (AS) was 22, when his father was martyred. The period of his Imamate, following his father`s Shahadat , was six years.


Imam Hasan Al-`Askari embraced martyrdom at the age of 28 in the year, 260 Hijra and was buried in Samarra. 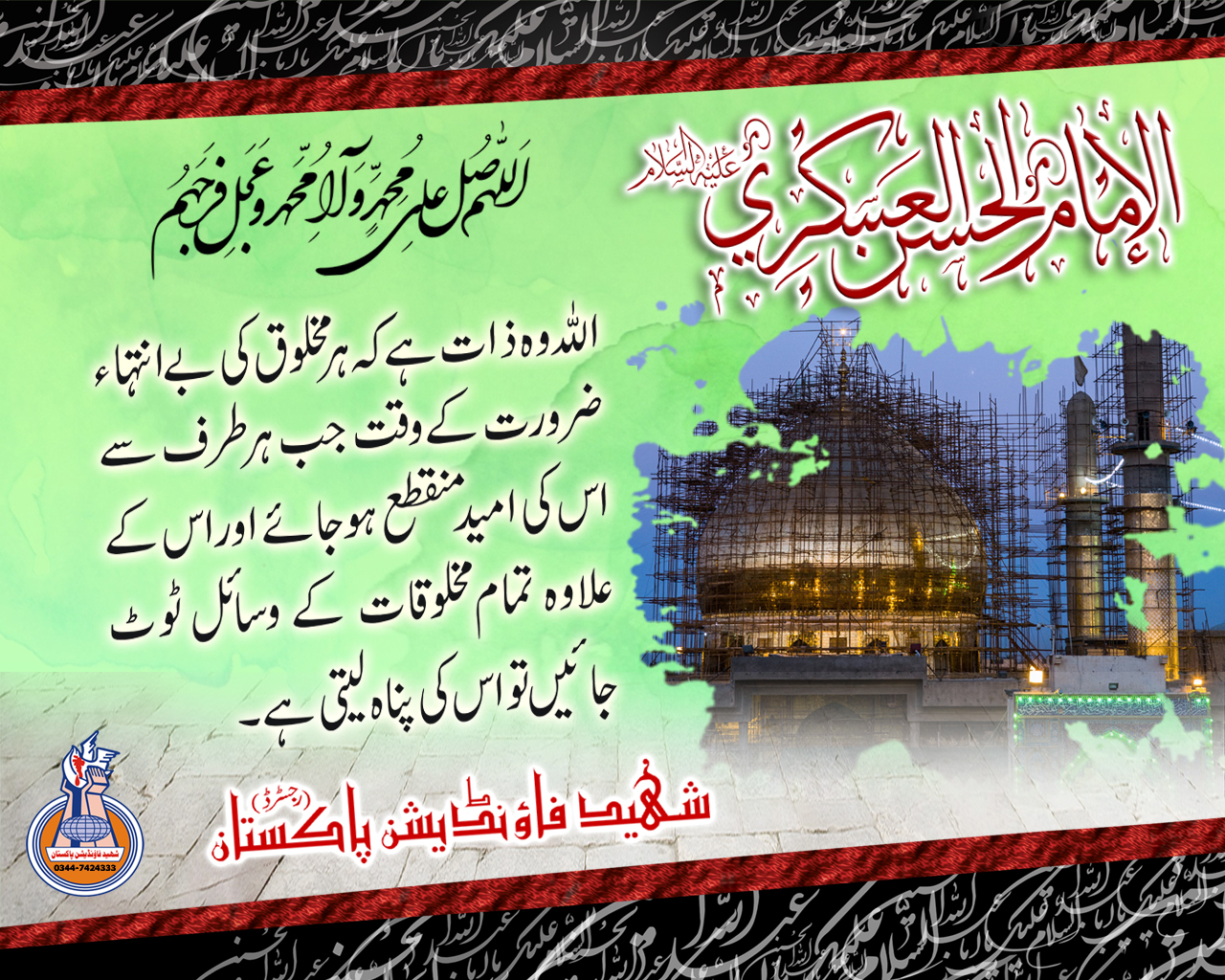