Imam Hussain (A.S.):The Doyen of the Martyrs, The Grandson of the Holy Prophet of Islam(S.A.W.),The Chief of the Youth of Paradise who saved Islam from complete destruction by his great sacrifice at the battlefield of Karbala.

Honouring the memories of Imam Hussain (A.S.) and 72 great martyrs of Karbala who saved Islam by sacrificing their lives at the battlefield of Karbala(Iraq) on Ashura, 10th Muharram 61 Hijrah is in accordance with the command of the Holy Prophet of Islam(S.A.W.).

On 20th Safar, 61 A.H. the aggrieved Ahlul Bayt(A.S.) arrived in Karbala after their release from the Yazid`s prison in Damascus exactly on Arbaeen day.[forty days after the martyrdom of Imam Hussain(A.S.)].They wept bitterly, mourned and raised heart rending cries at the holy graves of Imam Hussain(A.S.) and other martyrs of Karbala. The women from the surrounding villages also joined them in mourning. Ahlul Bayt(A.S.) engaged themselves in heart rending and sorrowful mourning until three days were passed in this manner. After three days of mourning as per the instructions of Imam Sajjad(A.S.) they departed from Karbala to Madinah.

Thus, all the truth and freedom loving Muslims and people in the world and Shites in particular commemorate the Arbaeen Hussani(A.S.) by conducting Majaalis(mourning ceremonies) and processions throughout the world. 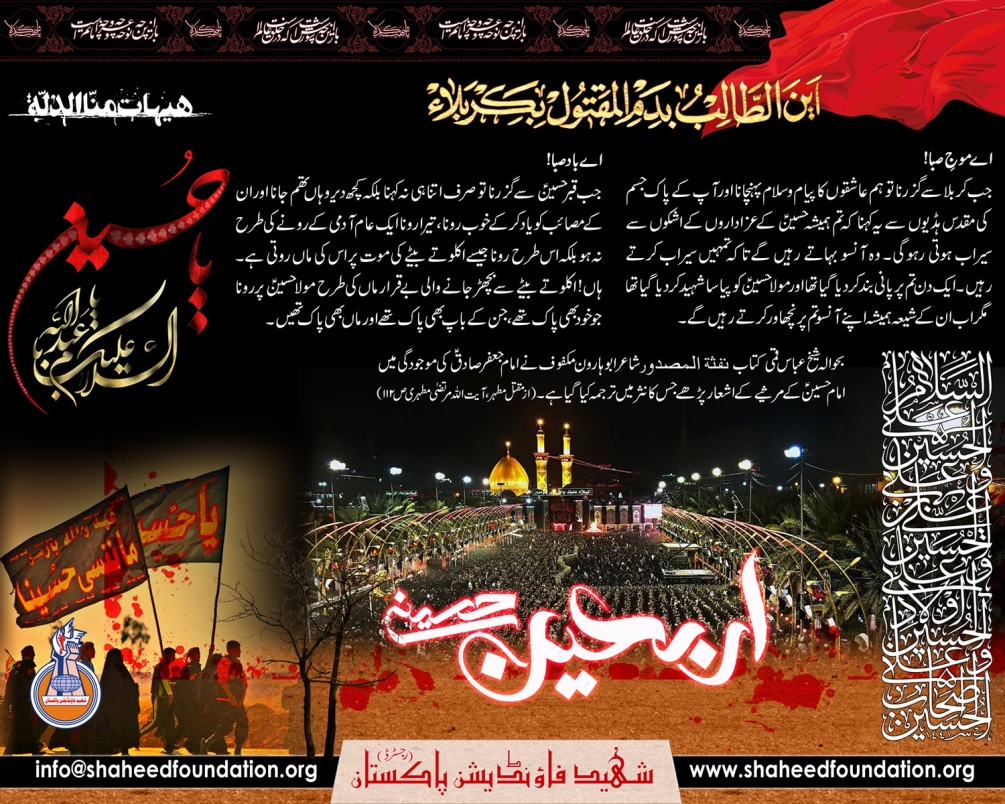